About six inches of lake effect snow has fallen along the north shore.  As of around noon yesterday, most of the lake is open water. A loose slush-ice mix is present in the bays, but with the wind 10-20 mph out of the west with gusts up to 30 mph, the main lake remains open water.  Most of the snow is hitting north of Oneida Lake so the biggest hurdle to the lake locking up is now the wind, which will remain strong into Tuesday.

Tuesday is forecast to be the coldest day of the season and with the winds calming down, we expect the lake to lock back up again then.  With the exception of a few hours, the temperature will remain below freezing through the end of the week and we expect ice conditions to rapidly improve as we finally get a chance to ice fish on Oneida Lake.

When the ice forms, the east end is likely to have some thick shove ice as what has remained solid is blowing that way or has already done so.  With Oneida Lake open, the lake effect total really doesn’t matter at this point.

Timea, from Lake Apparel, sent over a couple of photos taken yesterday along the north shore.

Published in Alerts and Fishing Reports 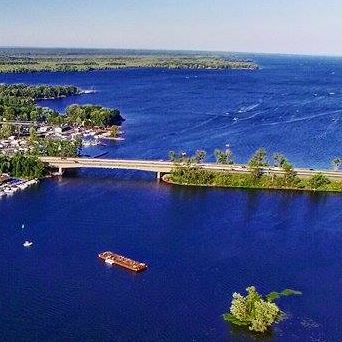